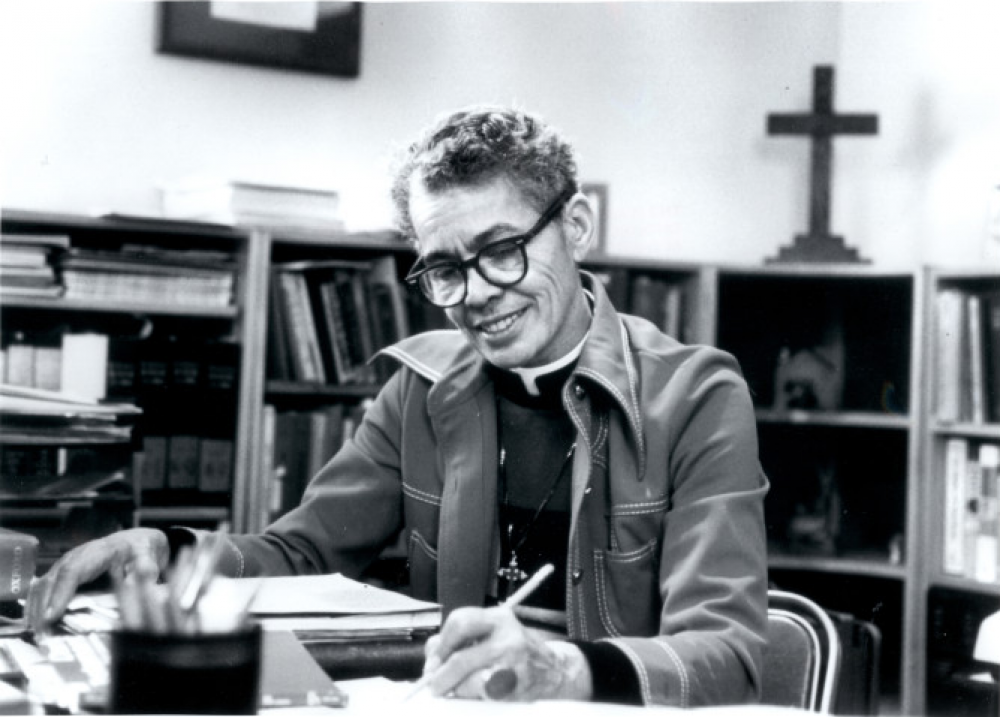 Pauli Murray College honors Pauli Murray, a remarkable civil rights and women’s rights advocate, who contributed immensely to the dismantling of segregation and discrimination. Pauli pioneered a vision for a society that values diversity and rallies around our common human virtues. Pauli Murray College hopes to carry forward Pauli’s vision for a better society through its community members and its commitment to promoting diversity and inclusion.

Born Anna Pauline Murray, Pauli chose the gender non-specific Pauli.  A jurist and activist who contributed some of the legal groundwork to the civil rights movement, Pauli left Durham, NC, as a teenager to attend Hunter College in the 1920s and 1930s. Later, Pauli’s failed attempt to study at the all-white University of North Carolina garnered national attention and established a reputation as civil rights activist.

In 1965, Pauli became the first African-American to receive a JSD degree from Yale Law School.   Later Pauli wrote “Jane Crow and the Law: Sex Discrimination and Title VII” and “Roots of the Racial Crisis: Prologue to Policy,” both of which proved profoundly influential in challenging the legal foundations of racial discrimination.

Pauli wrestled with gender identity and Pauli’s most intense romantic relationships were with women.  A co-founder of the National Organization for Women,  a vice-president of Benedict College in South Carolina,  the first person to teach African-American Studies and Women’s Studies at Brandeis University, Pauli was a trailblazer. Late in life, Pauli became the first African-American woman ordained as an Episcopal priest, and received an honorary degree from the Yale Divinity School in 1979.

Pauli’s career reveals bravery, persistence, and diligence in the pursuit of an equal society.  Pauli’s story and achievements continue to inspire the work of scholars and activists today.